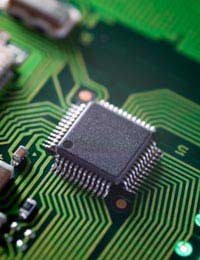 Some counterfeit items are bigger business than others. Where there’s a great deal of anticipation for a product it can even happen that the fakes are out there before the real thing is released.

Most types of goods won’t be copied until there’s a proven demand for them. The majority of clothes and shoes, for instance, wouldn’t be counterfeited unless there was proof that they’d sell well. Without that it’s just speculation and a possible loss of investment on the part of the counterfeiters.

Where there’s usually the greatest anticipation is with electronic devices, such as mobile phones. As the vast majority of these devices are made in China, it’s perfectly possible for the counterfeiters to obtain plans and samples from the factories where they’re being made. It could even be the case that the fake items are made on the same production line using the same materials.

Knowing there’s a demand the fakes will be out on the market before the real thing since people will snap them up in order to have the item (or something that closely resembles it) before anyone else. It appeals to the competitive spirit of one-upmanship.

Having good lead time before the real thing is released is important because it gives the fake items the run of the market for a while. The longer the period they have the more profit there is to be made. It’s worth whatever money is spent to obtain all the details of the product well in advance.

How Companies Try to Stop it

Obviously the companies behind the products don’t want copies arriving on the market before the official release as this just devalues the item and lessens the anticipation, excitement and possible sales.

To counter this they’ve adopted several strategies. With one manufacturer, performing work for an American computer company in China, the workers lived at the factory and weren’t allowed out. Other companies will have different factories perform different pieces of the work so it becomes much harder to have counterfeits. The different pieces are then gathered and assembled under strict security at another factory altogether.

Where there’s so much money to be made these strategies are understandable. A great deal of money has gone into the research and development of various electronic products and the company is eager to recoup that and turn a profit quickly before the competition moves ahead.

So much demands on the advance demand for a product. Counterfeiters have good intelligence, they know what people will want, and they have excellent business sense, even if it’s applied to illegal things.

Like any other business they have to anticipate demand and satisfy it. Although the majority of counterfeits that appear before the real thing are in the field of electronics, they’re not confined to that. Some designer wear, especially accessories such as bags, can hit the market as fakes well before the real thing.

They’re not right all the time. But because they can be selective, they can focus on specific items that are the most likely to be in high demand. There’s no research or design involved, so their costs are limited to manufacture.