Home > Other Areas > Which Countries Produce the Most Counterfeits? 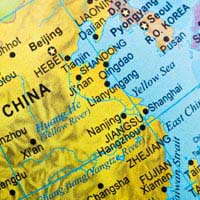 It will probably come as no surprise to learn that the vast majority of all counterfeit items come from Asia. Taiwan and, perhaps surprisingly, North Korea are among the largest producers of fakes. But they’re both eclipsed by China, where counterfeit items account for eight per cent of the country’s GDP, making it a vital, thriving part of the Chinese economy.

In some cases the fakes are made in the same factory and on the same production line as the authentic items. This can make it extremely difficult to detect them. What will happen is that the owner of the factory will order an overrun of the product, without informing the company.

The amount made will then find its way onto the black market, sold as the real thing, but without any warranty. Since it is, to all intents and purposes, the real thing, discovering the fake can prove to be impossible for most people. The factory owner and middleman both make profits, but the owner of the brand loses out, both on the sales and in reputation.

Why is China the world’s biggest counterfeiter, and what steps can be taken to eliminate the problem? The causes essentially lie in two main areas. The huge increase in Chinese manufacturing, part of the country’s tremendous economic growth, is the most important factor. The fact that so many fakes are exported is a reflection on the fact that Chinese companies have well-established routes for sales and a reputation for cheap goods.

Add to that the fact that the law is relatively weak in China, meaning the government doesn’t tend to go after counterfeiters without a great deal of pressure being put on them. Brand owners can pursue civil and criminal cases in the country, but the way the justice system functions means that the perpetrators are often only fined, which they see as one of the costs of doing business.

Given the sheer size of China and the fact that counterfeiters are often situated far from cities, in areas where policing is rudimentary, putting down the counterfeiters can be almost impossible.

That is beginning to change a little. As China becomes more involved in the international community the pressure from other countries and trade groups, including the World Trade Organisation, is increasing. China changed its trademark law in 2001, raising fines and instituting confiscation of counterfeit goods wherever they were found.

As of 2010 many countries were negotiating a new Anti-Counterfeiting Trade Agreement. However, China has voiced concern over the proposals (as have some other developing countries), fearing they could restrict legitimate trade.

There’s no doubt that China is beginning to take steps to stop or at least cut down counterfeiting. The government has issued plenty of statements, although the number of actions to follow up on those has so far been limited.

It’s not too long since the country ended its probationary period as a new member of the WTO. Since then they’ve been attempting to show they’re more compliant with international law.

It’s also in the interests of China’s legitimate trade to force the counterfeiters out of business. If people around the world doubt the veracity of Chinese goods, they simply won’t buy them. In order to keep exports growing, China has to prove itself reliable and capable of making good products that people can believe in and trust.