Home > Electronics > A Real iPod Or a Knock-Off?

A Real iPod Or a Knock-Off? 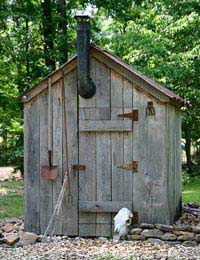 Apple knew it was on to something when it introduced the iPod portable music player. It spawned a revolution, and since then many other makers have come out with their own MP3 players. But the iPod is still the big name – and still the biggest seller. Everywhere you go there are people with them, the distinctive white leads and earbuds protruding from a handbag or a pocket.

Anything that successful was bound to be counterfeited, and it has been. The major ones to fake have been the iPod Nano and the iPod Shuffle, two of the very best sellers in Apple’s range. It’s just as well for wary consumers that those trying to copy the design haven’t done a thorough job. The differences, though subtle, are quite glaring when you know what to look for.

Understandably, Apple has been worried by this, since the fakes tend to discredit the whole brand. It’s in their interests to try and put to a stop to the trade. But it’s even more important that potential buyers understand the difference.

On a proper iPod, the screen is at the top of the device and square. Fakers haven’t been able to duplicate that square screen and have opted instead for a rectangular one, longer than it is wide. If you see one like that, it’s an immediate giveaway.

Apple used a wonderfully clever piece of design for its controls, a wheel on the device that allows the user to move from track to track, access the menu and alter the volume. It’s a style that’s been widely copied now for many things. However, the people counterfeiting iPods must have though they could do better. Because the screen is longer, the wheel is closer to the screen, and has the Play/Pause control in the centre of the wheel rather than where Apple put it – at the bottom. Again, this makes it very easy to spot a fake.

The bottom of a real iPod Nano has a special connector to an iPod dock that’s missing on the fakes. They’re also lacking the USB to iPod Dock connecting cable that comes with the real iPods. Additionally, you’ll see that the headphone jack isn’t standard, and that the earbuds themselves aren’t the usual Apple design (they should have a semicircle of small holes just above the place where the wire enters).

Some will have a serial number on the back. If it reads 6U545TK2TJT, then it’s a fake. Beware, too, of the claims made for the unit, such as the size of the memory, or its ability to act as a voice recorder or FM radio; most fakes won’t do that. Nor will they have the large advertised memory. Cutting corners, the fakers tend to give their devices under 1MB of memory, nowhere near the size of the real thing.

Other things to check on an iPod Shuffle include the box (assuming it comes with one). Many of the fakes have the words “Digital Music Player” printed on the top, whereas the real thing won’t. Many also don’t have a battery life of status indicator, which is always present on the real thing.

If you’ve bought a Shuffle that wants you to copy your music onto a folder that’s installed in the device, but doesn’t come with Apple’s iTunes software, then you know immediately that you’re dealing with a counterfeit unit.