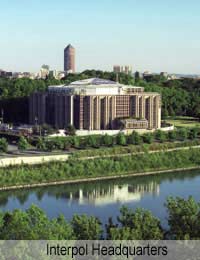 Counterfeiting is a global crime, with faked goods from one country or area ending up in other countries and regions. So it’s perfectly natural that Interpol, the International Criminal Police Organisation, which is the world’s police force, with 188 member countries, would play a role in fighting this crime.

Rather than being a police force that’s out in the field, Interpol is an umbrella covering all the other national forces. As a central hub, it makes for a focal point which helps the other forces work together more easily, facilitating the flow or information and co-operation, and running operations that combat crime.

Transnational crime is very much Interpol’s brief, and counterfeiting fits perfectly into that. That’s why they have a task force of operatives dedicated solely to counterfeit crime. Their force was six officers who worked only on crimes involving counterfeiting, and they added a seventh, on secondment from French customs, early in 2010.

Interpol runs an annual Global Congress on Combating Counterfeiting and Piracy, which serves to inform the world of operations and bring new global partners on board. More than that, it’s involved in operations all over the world. Primarily it offers guidance and support to agencies in different regions, as well as initiating investigations.

Interpol has worked extensively with the World Health Organisation and forces around the world. Since 2008 there has been a focus of the very real danger of counterfeit medical items.

There have been a number of programmes in Africa to get rid of these, as well as going after those who peddle fake drugs online via the IP Crime Programme. This extends into intellectual property crime, which has been heavily targeted, especially in Asia and in China.

Because it transcends boundaries, Interpol is in a unique position to supervise and work with law enforcement groups from all over the world. One of its roles is to train those in different forces about counterfeiting and other high-tech crimes. This helps them train others, so that detection of items and of the criminals becomes easier.

At any one time, Interpol is involved in many operations against counterfeiters, working not only with police agencies, but also groups like the World Customs Organisation, and also businesses, all of whom have a vested interest in making sure counterfeiters are caught and punished.

The nature of Interpol is that it tends to work at a high level, with governments and top-ranking people, rather than those who go out and make the raids. Currency counterfeiting, which could destabilise nations, has been an important focus for Interpol. This has become especially true when this, along with other counterfeiting activities, have become important ways of funding terrorism. The agency’s brief doesn’t cover terrorism, but it does play a part by working to stamp out counterfeiting, which removes income from terrorist groups.

Interpol has become more and more involved in technology crime. Given the role technology now plays in the world and also in counterfeiting, such as with intellectual property crimes, which account for billions each year, that’s only natural. It’s been especially active in training and working with police in China, where counterfeit software makes up most of the software market.

As a co-ordinator, Interpol can help other forces and agencies make real inroads against counterfeiting. More than that, it’s in a special position to gather knowledge from all over and make sure others learn, too. This helps makes agencies more effective.

Interpol is also initiating more actions against counterfeiters, and bringing in agencies from many countries to work together under its supervision.